Since I last posted, my book Sticky has been published in Europe and the UK, and in a few short days, it'll be out in the US and Canada. So, over the past few months, the team at Bloomsbury and I have been working hard to promote it to a wide range of audiences. Here's an update on how its all been going. 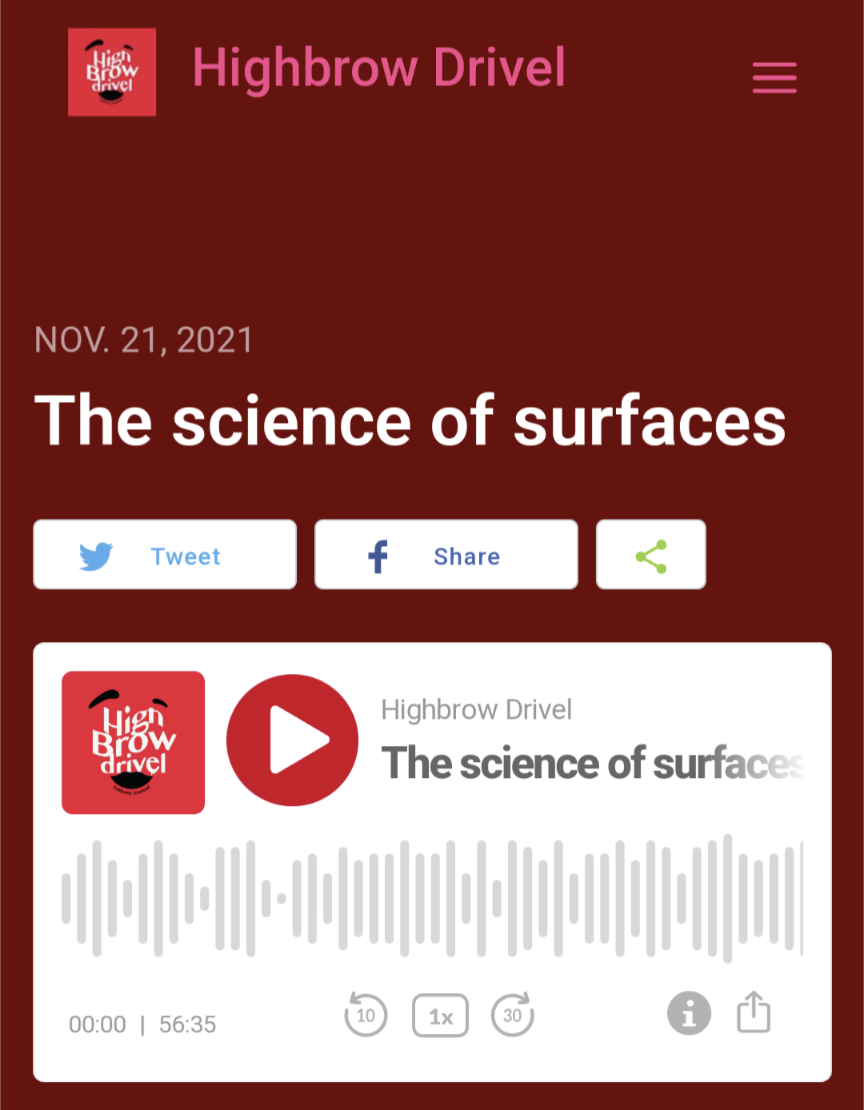 The first thing to say is that I've been amazed at how interested people seem to be in the book. I'd worried that the topic might be seen as a bit niche (making it a hard 'sell' for the publicity team), but so far, it seems to be going well? One of the highlights has been receiving emails from scientists and engineers working in industry - from someone who's been designing contact lenses for J&J for more than a decade, to an adhesives development engineer working at a big paint company - who found this book in a shop and thought 'oh, that looks interesting.' In addition to saying nice things about Sticky, they've gone on to tell me about their own research, taken me through their career paths, and introduced me to related topics that they thought I might be interested in (so far, they've been almost always right). It's been a joy.

I've also been doing some media stuff, including some live radio interviews - always terrifying - and lots of different podcasts. A non-exhaustive list is below:

I've given a couple of talks:

I've been writing too, of course:

So far, most of the reviews of Sticky have been favourable, which to be frank, is a bit surprising. No doubt that will change as more eyes get on it! Here are a couple

So while I'm exhausted, thanks to a lot of timezone-juggling, interspersed with my 'normal' (read: paid) work, I'm happy with how it's all going. I'm looking forward to doing more in-person events, which - fingers crossed - is not too far away. On 1 March, my book will hit shops across Aotearoa New Zealand and Australia (Sticky is already available as an e-book and audiobook here). So to celebrate, I'm having two launch events - one in Schrodinger's, my wonderful local bookshop, and the other in the Irish Embassy in the centre of Wellington. I really, really hope they can go ahead!

And finally, a sneaky treat for those who made it this far.... there are officially some translations of Sticky on the horizon! I can't discuss the specifics publicly yet, but I'm excited to share the news soon :)