Things have been rather busy since I last blogged! The English language edition of Sticky is now available all over the world, with translations to follow in the next 18 months or so. I've talked to a huge number of lovely people in Europe, the UK, the US, Australia and here, in Aotearoa New Zealand, about all things friction and surface science. It's been wonderful. 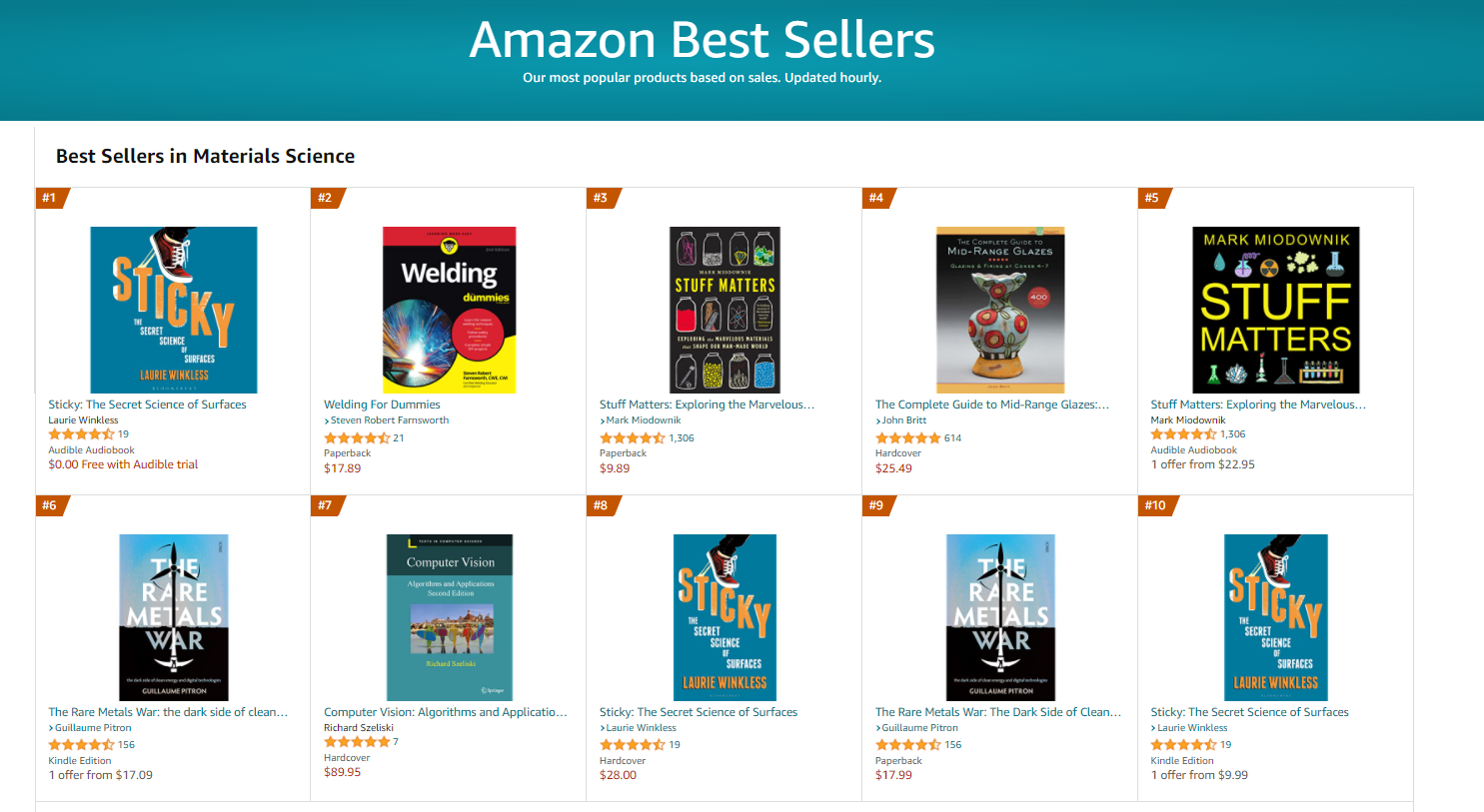 With things now beginning to slow down a bit - and my long-awaited trip back to Ireland just a few weeks away - I thought I'd give you a (non-exhaustive) update on some recent book promo, with lots of links for those who want them.

There've been a few new reviews published too, including this AMAZING one from Nature Physics! Chemistry World reviewed it too, as did Riccochet. It's even appeared on a few 'cool new science book' lists. And I've done some more events, including a Skeptics in the Pub talk, and the Northern Ireland Science Festival (The science of the winter Olympics).

So, I really wasn't joking when I said I've been busy! As I write this, I'm prepping for two in-person events, both happening within the next week. A small, public launch event at Schrodinger's Books (tomorrow) and a bigger launch event at the Irish Embassy (on Wednesday). We're being as safe as we possibly can - vaccine passes and masks are a must, and numbers are well below the legal limits so we can space ourselves out. Fingers crossed they go swimmingly!

All of this promo seems to be having an impact - the first royalties statement (which only covers sales until the end of Dec 2021) shows that lots of people have been buying copies of Sticky! I'm still miles away from earning back my advance - in other words, no $$ for me yet - but I'm relieved and happy that the book is out there and copies are selling :)

I'll finish with this. The Startalk interview (I think combined with the KERA one) also led to something extremely unexpected happening. For a while on 5th April, all three editions of Sticky - kindle, audiobook, hardcopy - were in the Top 10 materials science books on US Amazon!! "Bestselling author, Laurie Winkless". I like the sound of that! (Yes it's a niche book category, but I'm taking it!)